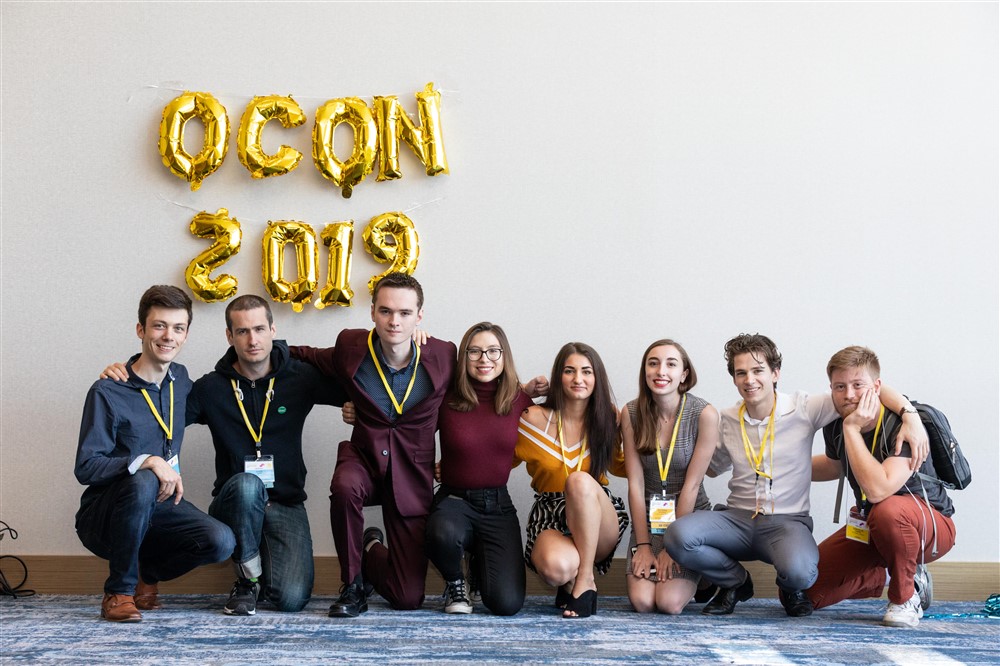 This summer I attended two conferences tied to Ayn Rand’s philosophy of Objectivism. The first was OCON 2019 which took place June 22-27 and was produced by the Ayn Rand Institute, a non-profit think tank that was founded by Leonard Peikoff in 1985 with the main purpose of promoting Objectivism. The other one was TOS-Con 2019 which took place from August 7-10 and was produced by The Objective Standard, a for-profit organization that publishes a seasonal journal as well as articles that provide commentary on a variety of issues from an Objectivist perspective. I attended OCON 2016 and 2017 as well as TOS-Con 2018 (the premiere TOS-Con) and left each of these conferences inspired. Although I’ve actually come to disagree with some aspects of Rand’s philosophy over the years since I first attended OCON in 2016, I found these conferences to be the most inspiring yet- each in their own way.

I actually happened to produce part of OCON, throwing in some added lighting for some of the talks in the main ballroom in addition to the talent show and the closing reception. Part of my motivation for doing this was purely profit-motivated: I would love to land a lighting contract for future ARI or Objectivist events that require audiovisual services.

Showing off what our lights can do is a clear way to demonstrate the value that our company Boston Event Lighting & Films can provide. However, had this been my only motive, I probably wouldn’t have gone to the effort of 3D printing 13 custom centerpieces for the closing reception. I wanted to give back to the generous donors who made it possible for me and the wonderful friends that I’ve made at these conferences to attend at such a low cost.

The overall production value of OCON was higher than TOS-Con, which makes sense as it’s been running for decades as opposed to just a couple of years. There were a couple rooms which sometimes featured talks simultaneously outside of the main ballroom. Each day I would choose to go to either a “Music”, “Logic”, or “Discussing Objectivism” themed talk. I decided to mix it up, starting with “Music: Appreciating Ayn Rand’s Tiddlywink Music”. To be honest, I could appreciate it but could in no way listen to Tiddlywink Music and take myself seriously (unlike a lot of the classical music that Rand appreciates). It just sounded too much like Steamboat Willy and made me feel like I was in a cartoon. However, the contrast which Kristi Boekmann drew between Tiddlywink Music and Gilbert & Sullivan was fascinating. For me, Gilber & Sullivan’s satircal style of music was repulsive, whereas the Tiddlywink Music was merely silly sounding. In any case, this ended up being the only Music themed opening lecture that I attended.

The breadth of content these talks supplied goes beyond the ends of this post, so I will merely mention a couple more. Although more instructive than philosophical, I gained a lot of value from Linda Cordair’s talk “An Artful Investment: Finding, Acquiring, Displaying, and Caring for Your Art Treasures”. Her and her husband Quent Cordair run an art gallery, so the technical advice given on how to properly discover and make use of the best art for yourself was top-notch. She mentioned some things that you should never do (like dust a painting with a feather duster as it can ruin the painting) and she spoke about what you always should do to properly enjoy your art (like lighting it properly, which of course I salute!).

I also spoke with Quent and Linda about 3D printing and its potential to affect the sculpting space (pun intended). I had 3D printed several Ayn Rand “Idealights” which are busts of Ayn Rand with a hole in the head. In this hole, a candelabra lightbulb socket would be placed so that a lightbulb or “idea” would come out of Rand’s mind.

I sold the idealights with moderate success but ended up having more success with the Winged Victory of Samothrace centerpieces that commemorated the 50th anniversary of The Romantic Manifesto, which is Rand’s primary aesthetic literature that OCON 2019 was themed around. I’m inspired by the opportunity to bring custom sculptures to everyone, and OCON 2019 helped fuel this inspiration.

TOS-Con was a shorter conference, but it was still a blast! There were lots of my Praxian friends there so it was cool to be able to hang out with other Praxis participants and Objectivist friends at the same conference. One of the talks was actually given by the founder of Praxis, Isaac Moorehouse. His talk was on “How to Create a Career that Makes You Come Alive” and refreshed me on some of the key principles that Praxis was founded on, like “don’t do stuff you hate”. Isaac explained that he doesn’t mean you can ever get away from having to do certain things you may not like to do. But rather, you need to take action to work towards a career that’s rewarding and doesn’t feel like a chore.

A couple of the other talks that I really enjoyed were Lisa VanDamme’s “Enrich Your Life with Poetry” and Robin Fields’ “How Music Conveys Meaning”. Lisa’s talk was fantastic because I have struggled to “fuel my soul” so-to-speak with poetry and her talk provided some strategies for making that happen. I started to feel very emotional while she read some of the poems, which is rare for me. It had to do with the way in which she drew out the particular mood of the poem with poetic speech, rather than what she called a “cold read”, where you read the poem in a sort of monotone and unimaginative way. Interestingly enough, one of the strategies for getting more out of the poem was to read it “cold” before reading it imaginatively.

Robin’s talk was accompanied by him playing the piano. This helped us to hear the theory that he talked about as concrete soundwaves. It’s funny because some of the concepts like “ascending” and “descending” are so easily grasped in terms of how they are forms of meaning. Interestingly enough, as Robin pointed out, not all composers think music can tell a story or that it has any meaning other than intrinsic- including the great Leonard Bernstein. I think that music is a tough thing to analyze because we use words to talk about it, and words have no musical meaning. His talk made me realize that certain things in musical theory give rise to consistent feelings when listened to, so I think there is a sense in which music has meaning, but I’m still skeptical that the meaning of music can be fully explained (though this video does a good job exploring the issue).

At TOS-Con there was a smaller closing reception (but it had a dinner!) and I made sure to thank Craig Biddle for putting the conference together after he thanked all the other people who helped put it together. I also gave a “Rearden Metal Turquoise” Ayn Rand bust to Carl Barney in appreciation for his generosity which enabled my Praxian and student friends to come to the conference. I also happened to sell a few more busts and learned that there’s probably a bigger market for busts than bust lights. It seems like common sense now. All in all, TOS-Con was a more chill and relaxing time compared to the more intense and thrilling time I had at OCON.

I’m so happy that ARI and TOS exist and that they’re able to put together conferences that revolve around Rand’s ideas, which have continued to inspire me throughout the years despite my own thinking’s growing distance from Objectivism’s aspects of epistemology and politics.

There’s one thing Rand and I both agree on 100%, and it’s why I will continue to go to these conferences:

“The purpose of morality is to teach you, not to suffer and die, but to enjoy yourself and live.”