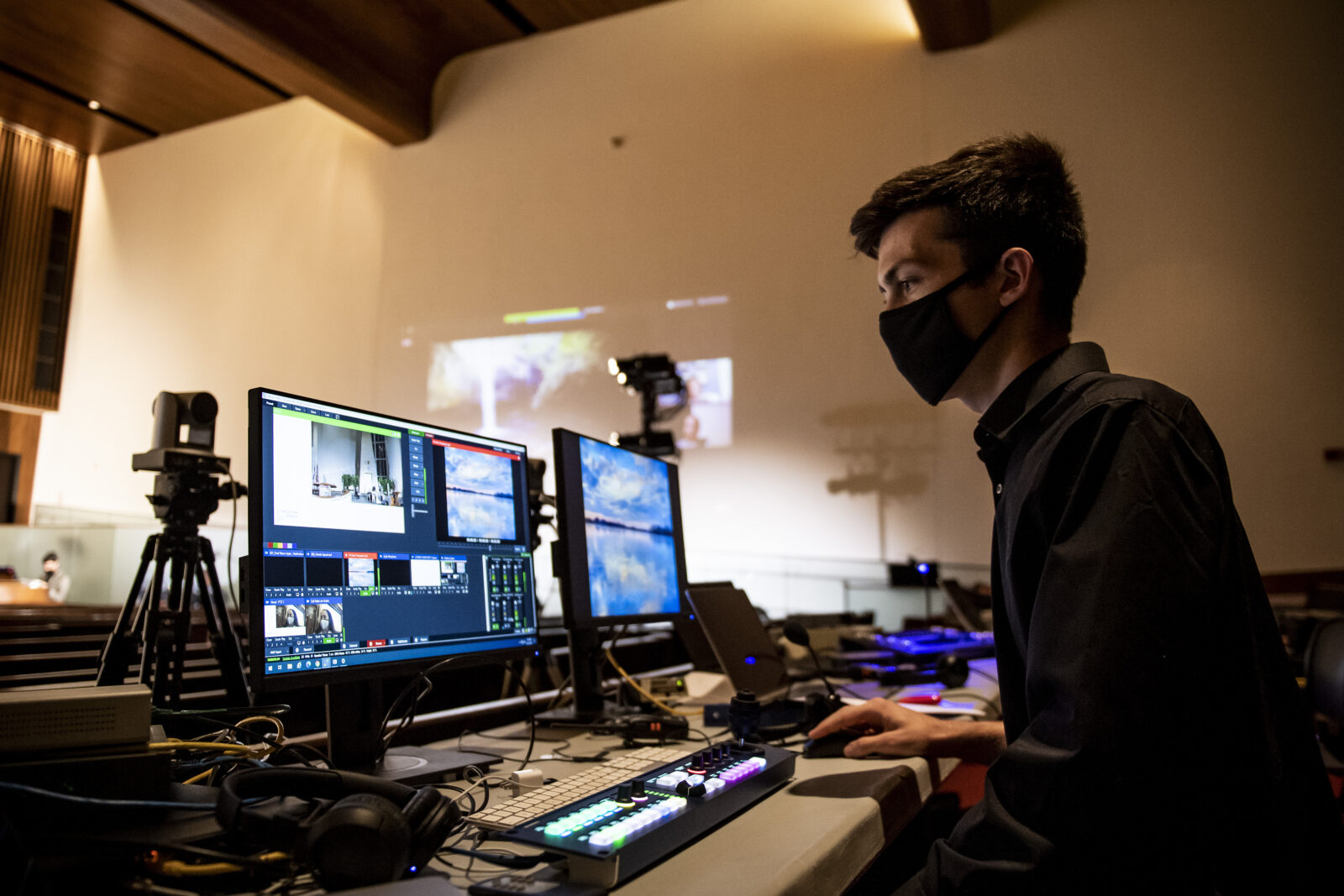 Last month I ran several live streams for Temple Israel of Boston’s High Holy Day Services (Rosh Hashanah & Yom Kippur). Due to the COVID-19 pandemic, a lot of places of worship have had to resort to some sort of virtual worship experience due to the restrictions on large indoor gatherings. Temple Israel wanted to have an extraordinarily engaging virtual High Holiday experience. I ultimately steered the ship of this experience at the vMix station that we set-up in their sanctuary. 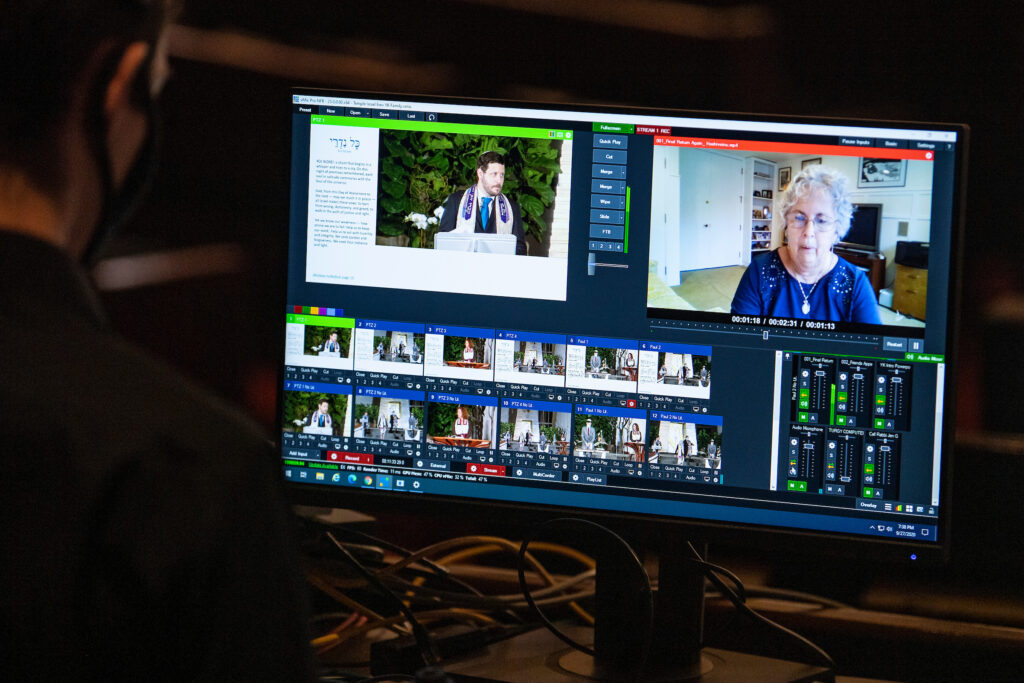 vMix is live streaming or broadcast software that runs off PC. It’s sort of like OBS (Open Broadcast Software) except it has more built-in features and capabilities such as vMix Call and advanced multi-view options. What this enabled us to do was capture video of what was going on in the sanctuary and send it out with or without a power point slide built-into the viewing experience. These slides acted as a virtual prayerbook, and I would turn them off during sermons, silent meditation, or videos. 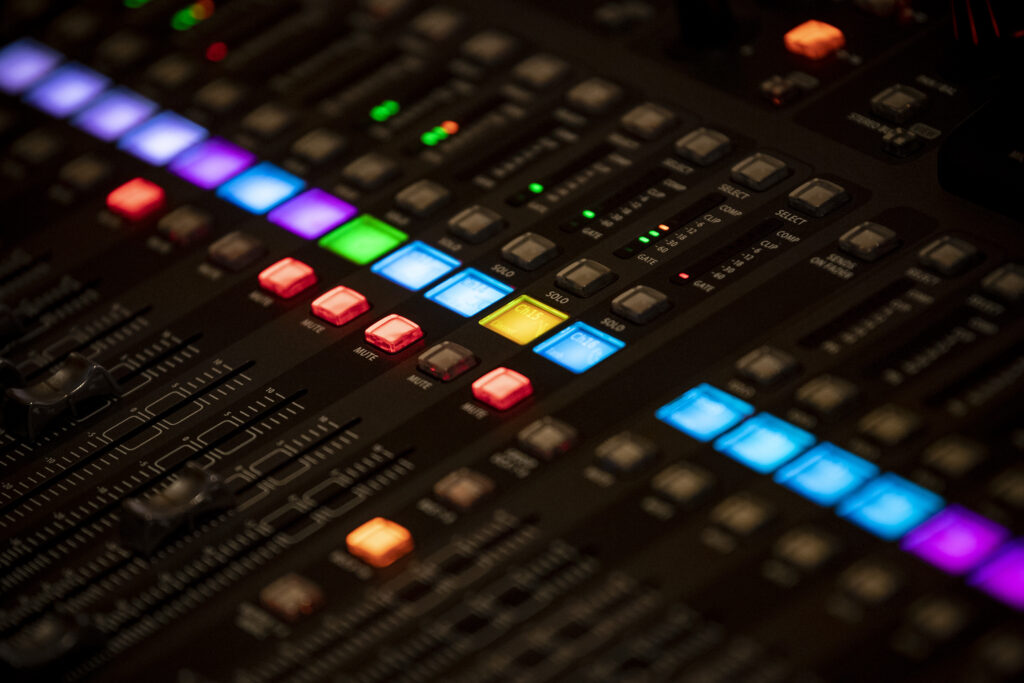 To capture the audio we used a Focusrite Scarlett 2i2 audio capture device that linked up with our Behringer x32 digital audio mixer. Our sound guy Tim was working with over a dozen microphones at some points. Despite him being able to manipulate the sound that was sent to me incredibly well there were still certain audio responsibilities I was tasked with such as ensuring the quality of sound from pre-recorded videos was solid. 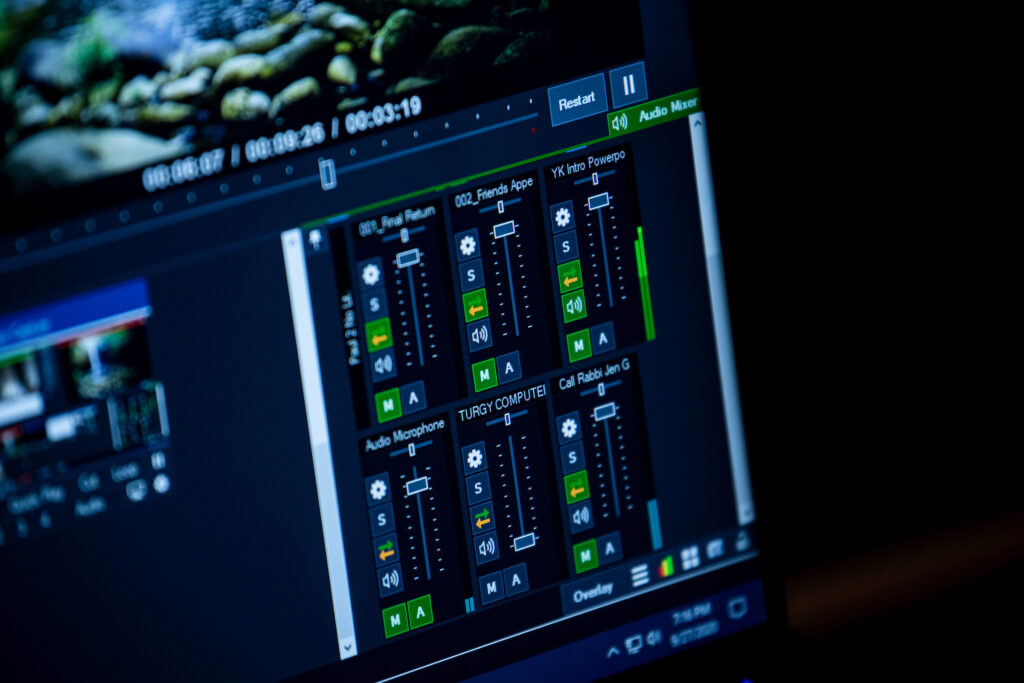 Two of our cameras were standard, manually controlled HD cameras that Paul was shooting with. However, the other four cameras were actually little robotic “PTZ” (Pan-Tilt-Zoom) cameras that I was controlling with a device called the Skaarhoj Rack Fusion Live. This device was especially awesome because it enabled me to control all of the PTZ cameras and inputs (different pieces of content or cameras) on one device. It’s essentially an integrated switcher and camera controller. 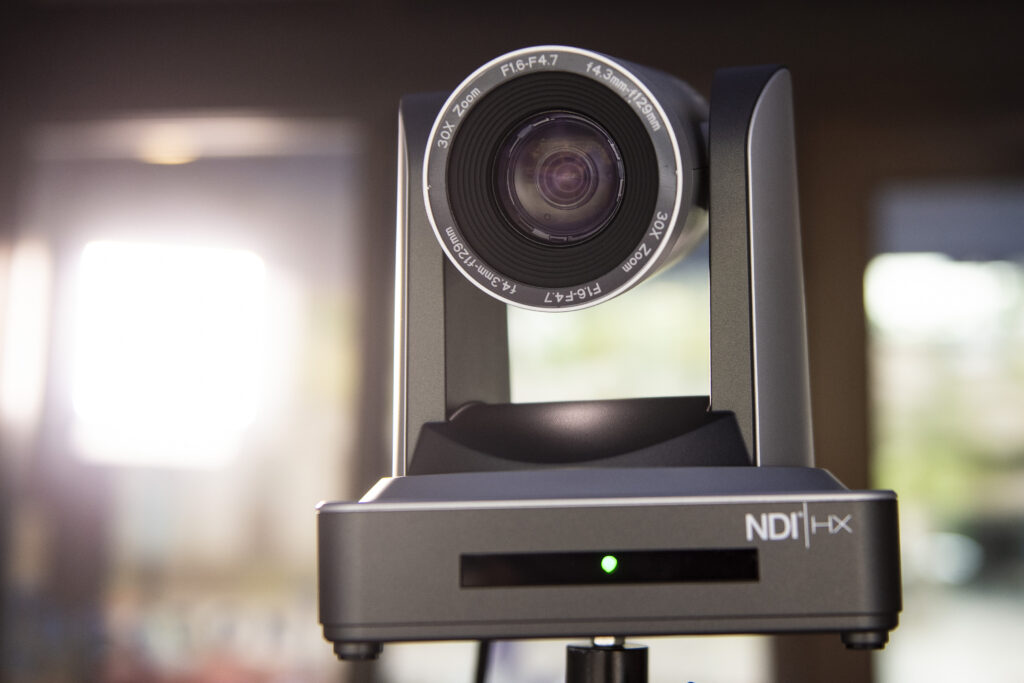 To top it all off we had a dozen LED leek fixtures that provided an even stage of light which made the livestream look incredibly sharp. I learned a lot about color correcting, as this was my first time working so closely with cameras and lighting at the same time. During the day time I would set the cameras color temperature up to 4000k to deal with the sunlight coming in from the giant window in the sanctuary. Later, once the blue daylight had worn off I would drop the color temperature down to 3500k. 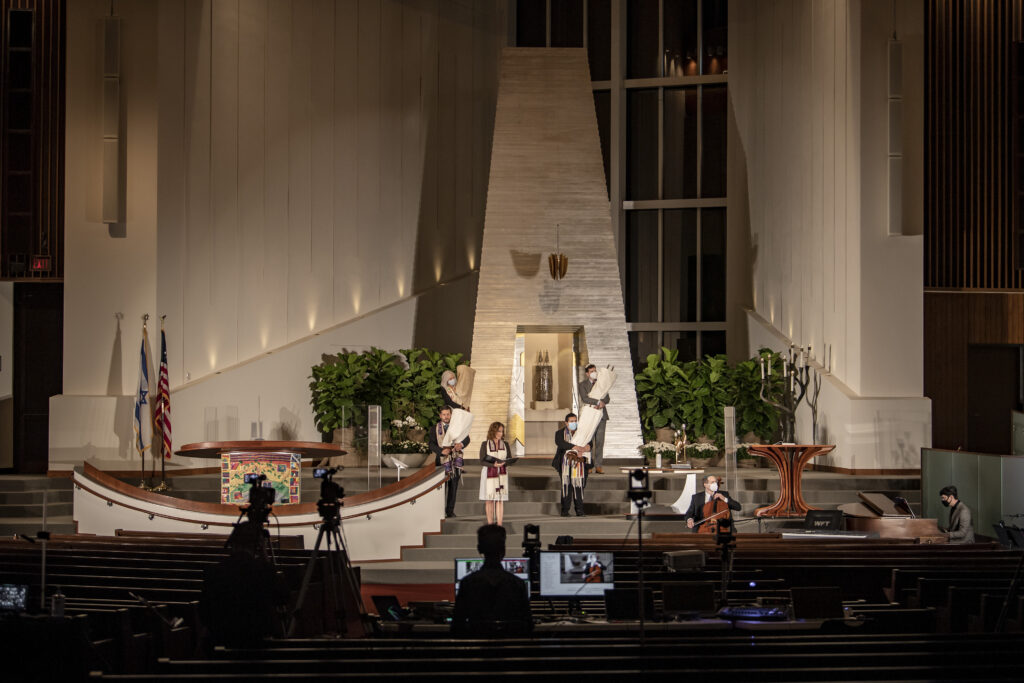 All in all, I learned a ton about audiovisual production and live streaming at Temple Israel of Boston. Going forward I feel that I know what has to be done to accomplish any standard audiovisual job, and of course some of that comes from knowing when and who to hire. I would like my speciality to be as a lighting designer, as it gives me visual creativity. However, live streaming isn’t going away anytime soon so I think it’s another skill I will continue to build and develop.